I Am ROGUE Interview With Selma Blair:

Actress Selma Blair began her career in the late ‘90s with small parts in such films as In & Out, Scream 2, and Can’t Hardly Wait, but it was her career-making role opposite Sarah Michelle Gellar in Cruel Intentions that made her a household name.

Since then Blair has appeared in such popular films as Legally Blonde, In Good Company, and The Fog, but her greatest success has probably come from playing Liz Sherman in director Guillermo Del Toro’s Hellboy and Hellboy II: The Golden Army, which were both based on the popular comic book anti-hero. In addition, the actress is currently starring opposite Hollywood bad-boy Charlie Sheen on FX’s hit comedy Anger Management, which has been renewed for a second season. But now, Blair can be seen once again on the big screen in the new thriller In Their Skin, which opens in theaters on November 9th and also stars James D’Arcy (Cloud Atlas).

In the film, which marks Jeremy Power Regimbal’s directorial debut, Blair plays Mary Hughes, a women slowly coming to terms with the recent death of her young daughter. Along with her husband Mark (the film’s screenwriter Joshua Close) and son Brendon (Quinn Lord), they travel to a remote cottage for a brief vacation. However, the evening is violently interrupted when a murderous family led by the homicidal Bobby (D’Arcy) and Jane (Rachel Miner) invade the cottage looking to steal the Hughes’ identity in search of the “perfect” life.

IAR’s managing editor Jami Philbrick recently had a chance to speak with Selma Blair about her work on In Their Skin, as well as season two of Anger Management and the status of Hellboy III. The talented actress discussed her new film, its dark tone, preparing emotionally for the role, facing her personal fears, performing while pregnant, acting opposite the film’s screenwriter, working with a first time director, James D’Arcy’s frightening performance, what it was like having children on set, returning for season two of Anger Management, and the possibility of reuniting with Guillermo Del Toro for Hellboy III. 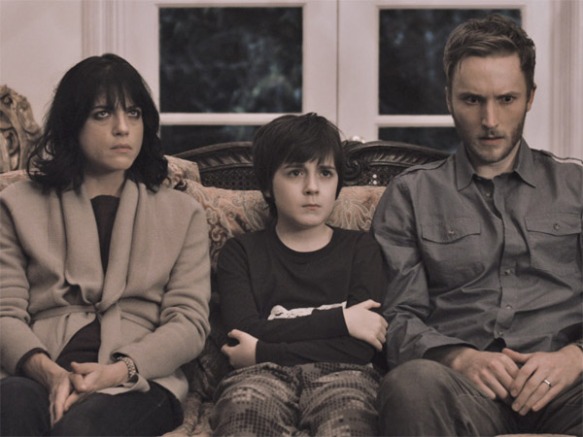 Here is what she had to say:

IAR: To begin with, this is a very creepy and disturbing movie. Is that the type of film you were hoping to achieve with this project?

Yes, I think so. I mean it’s not a balled-out gory movie so I think it definitely has creepy and disturbing in its corner. It’s a creepy family drama.

What was the mood and tone like on set while you were shooting? Since the script was so dark, did you have to keep it light and fun on set in order to maintain your sanity, or did the material require you to stay in a dark place throughout production?

You can’t help but be like painted a little bit by knowing you’re going to be doing a rape scene next. We were up all night because we were shooting a lot of nights and the vibe does get a little bit down. But we really liked each other and there was that adorable boy Quinn Lord, who played my son, so you’re kind of telling jokes to keep a little bit light so it’s not too spooky. But I had a baby in my belly because I was just pregnant, so I was probably a little emotional already and it might’ve been a little dark.

You mentioned what I would imagine was one of the tougher scenes in the film for you to shoot, which was the rape scene. As an actress, how do you prepare emotionally and mentally to film a sequence like that?

I just try not to prepare for that too much. I was just there when they yelled action and hoped that I could throw it away when they said cut. Some of those scenes were very disturbing and frightening. That’s my biggest fear, that someone will also be in my house and I wouldn’t be able to protect my son. It’s scary.

Since the film deals with what you just admitted is your biggest fear, was making this movie an opportunity for you as an actress to really face what scares you most as a human being?

Yeah, it was a little bit. It was like, okay, this is scary so lets just live it so I never have to again. I’m one of these people who’s a worrier unfortunately so I figure, as a lot of worriers do, if I worry about it enough then I actually lived it so I’ll never have to really live it. Which is stupid because then if you worry about something you live it twice if it happens. I think that was kind of my rationalization. If I get this out of my system then maybe I’ll learn how to protect myself from this type of person.

Actor Joshua Close also wrote the movie, so does it help or hinder you when your co-star is also the film’s screenwriter?

No, it’s great because if there’s something that’s just going on forever, he’s right there and he can see if it’s working or not with you. He’ll say, “Lets change this scene.” So I think it’s really helpful when the co-star is a writer, although you can’t go, oh, this one’s crap. He was so open. He had no ego.

The film marks Jeremy Power Regimbal’s directorial debut, so what was it like working with him? As a first time director, did he hit the ground running or did he have a learning curve to overcome?

He was great. He was really patient. We got to rehearse a little bit and work through some stuff right when we got there for a week. He was totally open when I’d have a meltdown, and also because I was pregnant I was definitely a little emotional and a little tired. He was always right there and would say, “Okay, what can we do?” I thought he had a great vision for the movie and I thought the film looked great. I think he did a beautiful job.

Yeah it does! I don’t know how people work pregnant. For one, I couldn’t stop eating. So they literally had to feed me every two hours. They were so amazing with having someone prepare me food after every take. I couldn’t stop eating or else I’d pass out. But other than that, this character has so much grief overwhelming her all the time because of losing her child in the beginning of the movie, I think that helped, being pregnant and not having a child. It made me much more open and much more vulnerable. I feel like I can do anything now. Playing that character pregnant added an extra dimension and depth for me for sure.

Actor James D’Arcy gives an extremely frightening performance in the film, what was it like for you working with him?

Oh my God, I love him. I love his so much. He’s one of the closest people in the world to me now. He’s just a wonderful person and a great actor. So I pray that I will get to work with him again because I love being with him and I think he’s a huge talent. He was spooky and he was trying to have a little bit of fun with his character. I just think he’s great in everything he does. I’m so happy for him. 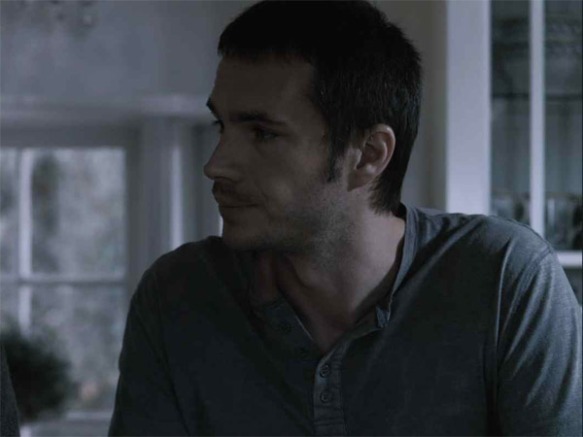 You mentioned that the two of you became friends, was that important for you considering some of the horrible things that his character has to do to you in the film and did he stay in character on set or break character after every scene?

No, but because he’s British I think he kept his American accent the whole time. That was the only thing he didn’t break, but God forbid no, he did not stay in character. He was my best friend when we weren’t shooting and he would’ve not been my best friend if he stayed in character. There is that rape scene, that sex simulated scene, and I would not have been able to do that with him unless he was quick to give me a robe afterwards and give me a kiss on the cheek to say it’s okay.

The film features two young actors (Quinn Lord and Alex Ferris), how did they handle the movie’s dark and adult themes?

Quinn, oh my God, he had a great sense of humor. He was funny and he’s so precocious. He wasn’t scared at all. He totally got it. His mom was there so it was a totally safe environment for him. He was hanging out with us big kids and I didn’t always watch my mouth. He was up to the task. He was like a real grown up kid.

Congratulations on Anger Management getting picked up for a second season, will you be retuning to the show?

Yes, I’m in it. We’re shooting it now. We’ve just shot another six episodes, and they’re getting even better. We’re under a really crazy schedule because we shoot two episodes a week, which I don’t know if people understand that. Normally you shoot one episode in ten days or seven days but we shoot an episode in two days. So it was really quick and you don’t even get a chance to learn your lines. The first time we say our lines is in front of the camera, but I think Charlie (Sheen) always does such a great job. I’m definitely catching on. I’m building a much better character than I did the first season because it all went so quickly. I’m learning. I think the writing is amazing and it’s a sitcom, which is something I’m learning. It’s definitely a learning curve for me, but luckily the writing’s so good, and it’s just getting better and better.

Finally, director Guillermo Del Toro stated in July that he is “trying to make Hellboy III a reality.” Have you spoken to Del Toro about the third film and would you want to reprise your role if the series continues?

I pray it’s not over till it’s over or until we’re all dead. I know the movies were set up to have a third. It all culminates with that kind of apocalypse and what Liz and Hellboy’s babies are going to do with the world and what was the prophecy is for her. So I’m praying that it does go again. I know Ron (Perlman) wants to do another one and I think Guillermo’s heart and soul is in it. It’s my dream to work with Guillermo again. I love him more than anything. I love him almost as much as my baby. I just adore him. So to work with him again … I’m just praying it happens. But there is no start date yet.

In Their Skin opens in theaters on November 9th. 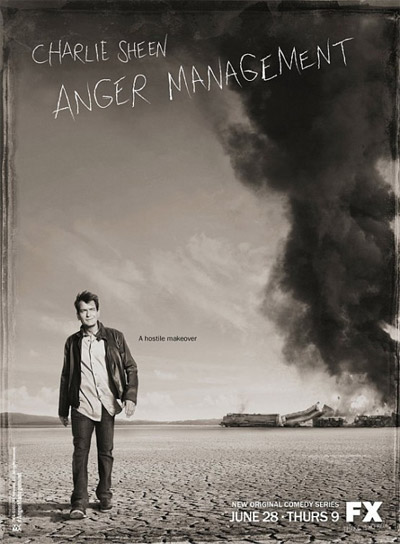 Hellboy III is currently in development.