Selma Blair, who had been pursued by the show’s producers, is leading the field of actresses expected to test opposite Sheen at a studio test tomorrow, which also includes Dexter and No Ordinary Family alumna Julie Benz.

On the Lionsgate TV-produced Anger Management, which has an initial 10-episode order, Sheen will portray Charlie, a former baseball player with anger issues who winds up as an unconventional anger management therapist. There are 3 other leads on the series — all female — Charlie’s own therapist, envisioned as a love interest for him, his ex-wife and his 13-year-old daughter. If their deals close by the time the studio tests start tomorrow, I hear that there are at least three actresses reading for each of the roles. Blair is someone identified early on for the therapist role. Also testing for the part are Jenica Bergere and Elaine Hendrix. 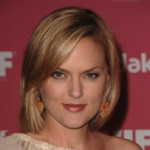 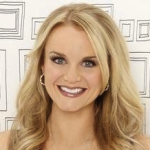 Up for the ex-wife role are Benz, Kate Reinders (Work It) and Becker alumna Shawnee Smith. UPDATE: I hear that Nicole Hiltz (In Plain Sight) will also test for the ex-wife part.

Sheen and Anger Management writer-showrunner Bruce Helford talked about casting the female roles at the recent Fox TCA party. “They’re in their late 30s to mid 40s. So it will probably be someone who had experience and that you’ll know,” said Helford, adding, “Everyone in the world calls to say they want to do that show.” Complicating the deal-making for prospective cast members if the nature of the Debmar-Mercury model employed for the show, where hitting a ratings target with the first 10 episodes will trigger a 90-episode order by FX, which would be produced on an accelerated schedule over 2 years. That represents a big commitment for any actresses who likely won’t be able to take on any side projects for the next 2 years if Anger Management goes the distance. Also, because of the project’s series’ tight schedule, no scripts have been completed yet, something that is expected to be done shortly. At TCA on Sunday, FX president John Landgraf admitted that doing Anger Management was risky but said Sheen deserves another shot. “I believe in redemption,” Landgraf said.